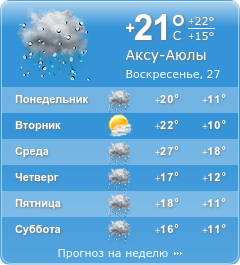 About National Symbols of Kazakhstan

“State symbols - this is one of the unshakable foundations
of our state, of our sovereignty.
They express a holy uniting image of Independence” The Flag is one of the main symbols of the state that represents its sovereignty and identity. The Russian term “flag” for Flag comes from the Dutch word “Vlag” and means cloth of officially adopted size and colour and commonly with an image of emblem (coat of arms).

The Flag of sovereign Kazakhstan was officially adopted in 1992. It was designed by Shaken Niyazbekov.

The State Flag of the Republic of Kazakhstan is a rectangular breadth of blue colour with the image of the sun in its center with a soaring steppe eagle underneath. Along the flagstaff there is a vertical band with the national ornamental patterns. The images of the sun, rays, eagle and ornament are of golden colour. The ratio of the Flag’s width to its length: 1:2.

According to the heraldic principles the sun symbolizes wealth and abundance, life and energy. That is why the sun rays on the flag have the form of grain, a symbol of wealth and welfare. By representing the sun at its state attributes Kazakhstan reaffirms its commitment to universal values, which also indicates that the new young country is full of life-affirming energy and is open to all countries for cooperation.

The image of the steppe eagle is one of the main heraldic attributes which is used on coat of arms and flags of various peoples for centuries. This image is commonly considered as a symbol of power, insight and generosity. A soaring steppe eagle represents by itself a power of the state, its sovereignty and independence, aspiration to high goals and sustainable future. The image of the steppe eagle on the world outlook of Eurasian nomads has a special place and is associated with such notions as freedom and fidelity, sense of dignity and courage, strength and purity of thoughts. The symbolically rendered silhouette of the golden steppe eagle reflects aspiration of the young sovereign state to the heights of world civilization.

Another important element of the State Flag is a vertical band with the national ornamental patterns. This Kazakh ornament is one of the forms of specific artistic perception of world in strict accordance with aesthetic styles of the people. Representing a harmony of various forms and lines, it is also an expressive means of discovery of the inner world of the people. The national ornament along the flagstaff represents the art and cultural traditions of the people of Kazakhstan.

The Emblem is one of the main symbols of the state. The Russian term “gerb” for Emblem comes from the German word “Erbe” (legacy) and means hereditary distinctive sign that represents a combination of figures and objects to which a symbolic sense reflecting cultural and historical traditions of the state is given.

The history is an evidence of the fact that the nomads of the Bronze Age that inhabited the territory of modern Kazakhstan identified themselves with a special symbol which is called totem. Its graphical expression further got the name “tamga”. This term has been for the first time used in the Turkic Khaganate.

The Emblem of the sovereign Kazakhstan was officially adopted in 1992. The authors of the State Emblem are Kazakhstan’s famous architects Zhandarbek Malibekov and Shot-Aman Ualikhanov.

The State Emblem of the Republic of Kazakhstan has the shape of a circle (wheel). It is a symbol of life and eternity that was especially valued among the nomads of the Great Steppes.

The central heraldic element of the State Emblem is the image of shanyrak (an arched cross-shaped top of the Kazakh yurt) against a sky blue background which irradiates uyks (supports or bearings of the yurt) in the form of sunrays to all sides. On both right and left of shanyrak there are images of mythical winged quarter horses. At the top of Emblem there is a volumetric five-pointed star. There is also the inscription “Kazakhstan” at the bottom of the Emblem. The images of shanyrak, uyks, and mythical horses, as well as the inscriptions “Kazakhstan”, have the colour of gold.

Shanyrak is a main backbone part of the yurt that resembles a blue sky. It is also one of the key elements of Kazakh family dwelling in the traditional culture of Eurasian nomads. The image of shanyrak on the State Emblem of the republic is a symbol of common home and common homeland of all people living in Kazakhstan. The stable development of Kazakhstan depends on welfare of each citizen just like the strength and stability of shanyrak depends on reliability of all its uyks.

The winged mythical horses, tulpars, are the key heraldic element of the State Emblem. The image of the horse stands for such notions as bravery since time immemorial. The wings symbolize a centuries-old dream of multinational people of Kazakhstan to build a strong and prosperous nation. They represent pure thoughts and aspiration to successive and constructive development. The golden wings of racers also resemble golden sheaves of grain that are a sign of labor of the people of Kazakhstan and material welfare of the country.

In centuries past the horns are often used during ceremonial rites of nomads as well as a finial to their fighting banners. The images of heavenly grace, fertility of the earth and the military fortune in the form of various animals’ horns are always considered as integral parts in symbolic compositions of different peoples. Therefore, a winged horse with a horn of plenty is an important typological image which has deep semantic and historical roots.

Another element on the coat of arms is a five-pointed star. This symbol is used by man from ancient times and represents constant aspiration of people to the light of truth and the pursuit of the sublime and eternal matter. The image of a star on the State Emblem reflects the dream of people to build a state open to all countries of the world for cooperation and partnership. Hearts and arms of the people of Kazakhstan are open to representatives from all five continents.

The primary colour of the State Emblem is the colour of gold, which serves as a symbol of wealth, justice and magnanimity. The colour of blue sky symbolizes a serene sky, peace and prosperity.

The Anthem is one of the main symbols of the state. The Russian term “gimn” for Anthem comes from the Greek word “Gimneo” and means solemn, ceremonial song. The Anthem serves as an important sound symbol with a key value for the effective socio-political consolidation and ethnocultural identification of citizens of the country.

In the history of sovereign Kazakhstan the national anthem was adopted two times: in 1992 and 2006.

After gaining independence in 1992, a competition was announced to writing of music and lyrics of the national Anthem. Following the results of the competition, it was decided to retain the melody of the previous anthem, the anthem of the Kazakh SSR. Therefore, Mukan Tulebayev, Yevgeny Brusilovsky and Latif Khamidi have become the authors of the first anthem. The creative team presented by Kazakhstan’s famous poets Muzaphar Alimbayev, Kadyr Myrzaliyev, Tumanbai Moldagaliyev and a young poetess Zhadyra Daribayeva won the poetic contest.

The new State Anthem was adopted in 2006 in order to promote the country’s sound symbolism. It is based on the patriotic song “Menyn Kazakhstanym” (My Kazakhstan) which is popular among the people and written in 1956, with music by Shamshi Kaldayakov and lyrics by Zhumeken Nazhimedenov.

President Nursultan Nazarbayev modified the original lyrics of the song. The corresponding amendments have been introduced to the Decree “On State Symbols” at the joint session of the Houses of Parliament on January 6, 2006 and the Parliament approved it as a new State Anthem of Kazakhstan.